Why Did Chiropractic Have To Fight To Survive? 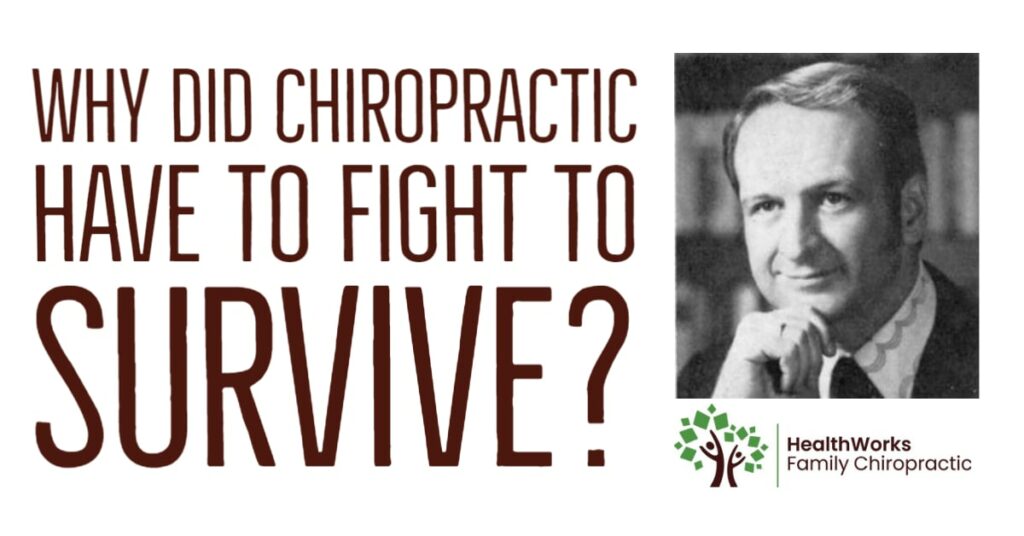 Hello, and welcome to the History of Chiropractic.

When we think of history, we think as far back as our imagination can go, and not what could be right on our doorstep.

Chiropractors and the AMA

As recent as the 1960s and ’70s as chiropractic began to gain public awareness, we also gained public enemies, namely the American Medical Association. According to D.C. Louis Sportelli, “The AMA’s clandestine activities to contain and eliminate chiropractic profession were being planned and executed in an illegal plot to destroy chiropractic. These efforts involved a formidable disparagement campaign, characterizations of chiropractic as a cult, and chiropractors as charlatans.”

Until 1983, the AMA held that it was unethical for medical doctors to associate with an “unscientific practitioner,” and labeled chiropractic “an unscientific cult.”

In 1976, Chester Wilk and four other chiropractors sued the AMA, several nationwide healthcare associations, and several physicians for violations of sections 1 and 2 of the Sherman Antitrust Act. The plaintiffs lost at the first trial in 1981, then obtained a new trial on appeal in 1983 because of improper jury instructions and admission of irrelevant and prejudicial evidence (Wilk v. American Medical Ass’n).