What Is The History Of Chiropractic Care? 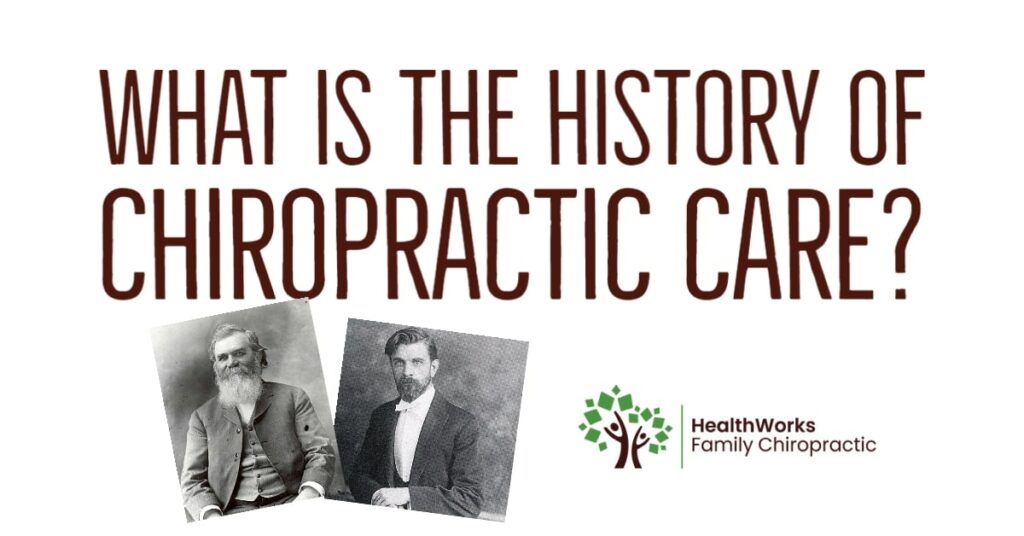 It’s September again and while we are starting to think about cooler weather and the kids are getting into the routine of all things school, September is also a time to celebrate a very special birthday—it’s Chiropractic’s birthday!

Where did chiropractic originate from? 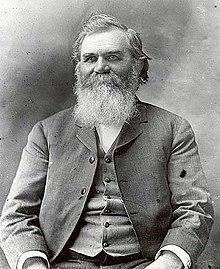 He agreed to examine a gentleman, William Harvey Lillard, an African American janitor who maintained the corner building where Palmer had his office on the 4th floor.  Mr. Lillard told D.D. that he had suddenly become deaf 17 years prior while bent over in a cramped, stooping position he “heard something “pop” in his spine” and immediately lost most of his hearing. Palmer’s diagnosis? A displaced vertebra. Once he made the “adjustment,” the man’s hearing improved. 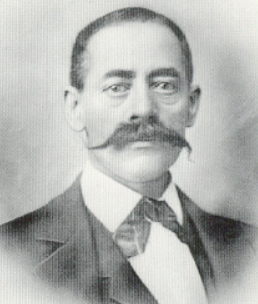 “I was deaf 17 years and I expected to always remain so, for I had doctored a great deal without any benefit. I had long ago made up my mind to not take any more ear treatments, for it did me no good.

….Dr. Palmer told me that my deafness came from an injury in my spine. This was new to me, but it is a fact that my back was injured at the time I went deaf. Dr. Palmer treated me on the spine; in two treatments I could hear quite well. That was eight months ago. My hearing remains good”.  -HARVEY LILLARD

From there, Palmer went on to found the Palmer School of Chiropractic in 1897 in downtown Davenport, Iowa. He taught his methods to some of the very first chiropractors in the world. In 1913, Kansas became the first state to license chiropractic practice. By 1931, a total of 39 states had given chiropractors legal recognition.

The 1918 flu pandemic established Chiropractic as a valid healthcare force. Although chiropractors don’t ever treat diseases, making sure the nervous system via the spine is in proper working order is one of many ways to keep the body strong and resilient when facing a health challenge. After all, chronic back and neck pain can truly affect all facets of your life and zap you with the energy you need to fight whatever ailment you may be presented with. That premise of Chiropractic hasn’t changed in the lifetime of the profession: well-being comes from the overall health and function of the spine and nervous system.

Note:  The Texas Board of Chiropractic Examiners has mandated we do not claim Chiropractic can help the body’s immune system, so I will simply post the statistics from Dr. Rhodes researched book, History of Chiropractic in Texas.

Statistics from that time reflect a most amazing, seemingly miraculous situation.  These statistics were found and vetted by Dr. Rhoades in these states’ archives.

Here is what Dr. Rhoades found:

There are many other examples of Chiropractors handling cases during the 1917-18 flu epidemic, with astonishing results.  The publicity and reputation of such effectiveness in handling flu cases also brought new patients and much acclaim from people who knew nothing of chiropractic before 1918.

Once again, chiropractic does not treat any disease, nor do we at HealthWorks claim this, it simply removes the interference that can cause significant pain which can impair the body’s natural healing abilities. It is definitely a great addition to traditional medicine during a health challenge.

What challenges did chiropractors face?

Between 1906 and 1975, tens of thousands of chiropractors were thrown in jail for practicing natural medicine. Today, chiropractic care not only is recognized by the U.S. Department of Health and Human Services and licensed in all 50 states.  The first known case of an arrest occurred in 1905, when Wisconsin chiropractors E. J. Whipple and G. W. Johnson were convicted at the urging of A. U. Jorris, DO, the first osteopath to be elected to Wisconsin’s board of medical examiners. In fact, an early issue of the Journal of the American Osteopathic Association commended “Dr. A. U. Jorris in his fight against chiropractors”

D.D. Palmer himself spent 23 days in Scott County jail for practicing medicine without a license in Iowa in 1906. This is when chiropractors realized they needed an organization of their own to protect them from these attacks. A group of DCs founded the Universal Chiropractors’ Association in 1906, primarily to provide legal representation for chiropractors facing legal persecution.

Kansas became the first state to establish a separate chiropractic board and fully legalize the practice of chiropractic in 1913.  By the end of the 1920s, more than half of the states had legalized chiropractic. Louisiana was the last state to do so in 1974. However, the jail wasn’t the biggest threat to putting Chiropractic on the map as a viable healthcare option for patients that were suffering and in pain.  They were in jeopardy of being completely taken out of the healthcare arena or just simply absorbed into the medical landscape, much like osteopaths today.

Wilk vs the American Medical Association (AMA) was a landmark case that vindicated Chiropractic and its practitioners from the bias brought on by the Allopathic/Medical model.

The litigation started as early as 1962 when the Iowa Plan was adopted by the Iowa Medical Society with the goal of eradicating chiropractic in that state. The Iowa Plan’s section “What Medicine Should Do About the Chiropractic Menace” includes a Part G titled “Undertake a positive program of ‘containment’” in which an often-quoted phrase in chiropractic literature can be found: “If this program is successfully pursued, it is entirely likely that chiropractic as a profession will ‘wither on the vine’ and the chiropractic menace will die a natural but somewhat undramatic death. This policy of ‘containment’ might well be pursued along the following lines”:

The Iowa Plan states that such actions taken by the medical profession should be persistent and behind-the-scenes whenever possible. The medical community should never give professional recognition to Doctors of Chiropractic (DCs), and thus a successful program of containment will result in the decline of chiropractic.

In Wilk v. AMA, Judge Susan Getzendanner explains that the AMA hired as its general counsel Robert B. Throckmorton, the author of the Iowa Plan, and that “as early as September 1963, the AMA’s objective was the complete elimination of the chiropractic profession.”

Two months later, the AMA formed the Committee on Quackery under its Department of Investigation. Its goal was to do away with chiropractic throughout the United States.

More than 10 years later, in 1987, Wilk vs. the AMA, following a second suit that won on appeal, an injunction was imposed against the AMA that ordered them to stop restricting or discriminating against the practice of chiropractic. The judge found the AMA and its codefendants guilty of violating the Sherman Antitrust Act. The defendants were also ordered to inform all their members of the outcome of the Wilks v. AMA decision.

In 2021, Texas Chiropractors were vindicated in the right to diagnose neuromusculoskeletal issues as well as utilize the word “nerve” in their practices.  Yes, it took 15 years to fight this lawsuit.  If this lawsuit was not won, without the ability to diagnose, chiropractors would be dependent on referrals from medical doctors which could potentially limit a patient’s access to chiropractic care.

I do believe that chiropractors and medical doctors can work together, which will be the most beneficial for a patient’s healing success.  Bridging the gap between vitalistic and allopathic healthcare is dependent on our mutual understanding of each other’s role to help a patient in their healing journey.  I hope that in the future, this can be realized—not for the profession’s sake, but for the sake of every patient in need of help and the very best care we have to offer.

What are the qualifications to be a chiropractor?

To apply to any chiropractic college or university, a student must complete 90 hours of undergraduate science courses, including communications, psychology, humanities/social sciences, and other electives.  Many students also prefer to get a Bachelor of Science degree that encompasses these studies before entry into Chiropractic school.  If not, most colleges offer to complete the remaining hours to receive a Bachelor of Science degree concurrent with their Doctorate.

Here’s the breakdown:  The basic educational requirements for graduates of both chiropractic and medical schools show that although each has its own specialties, the hours of classroom instruction are about the same. (The information below is based on the curriculum of 18 chiropractic colleges and 22 medical schools).

The emphasis on the various areas of instruction is obvious based on the degree.  Specialization in multiple areas within the medical paradigm became inherent whereas chiropractic is based upon a fundamental principle of subluxation, defined and adopted by the American Chiropractic Association as “a self-perpetuating, central segmental motor control problem that involves a joint, such as a vertebral motion segment, that is not moving appropriately, resulting in ongoing maladaptive neural plastic changes that interfere with the central nervous system’s ability to self-regulate, self-organize, adapt, repair and heal.” 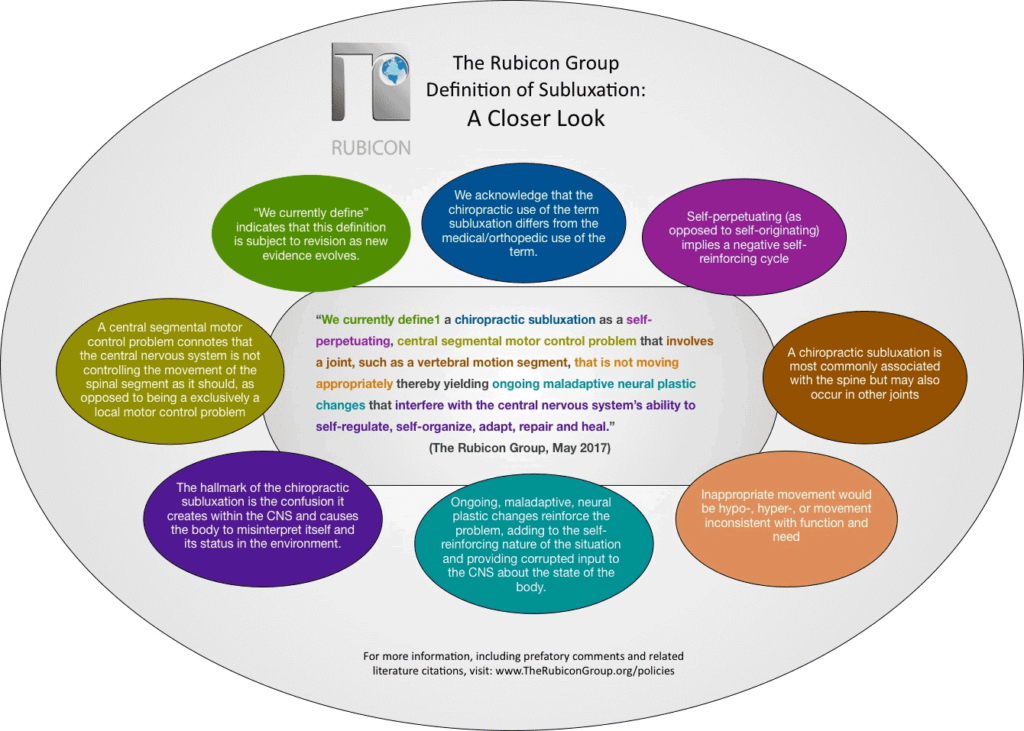 What technique is used at HealthWorks Family Chiropractic?

HealthWorks utilizes a precision, vector-based adjusting technique that focuses on the craniocervical junction. This complex involves the base of the skull (occiput/C0), the atlas (C1), and the axis (C2).

The specific chiropractic technique is called Orthospinology and both the doctors are Advanced Certified through The Society of Chiropractic Orthospinology.  Dr. Jennifer Taylor also holds a Diplomate in Craniocervical Junction Procedures (DCCJP), which was an extra three years of study in just this one region of the spine.  Our office is dedicated to advancing our education to best serve our patients and provide the most up-to-date technology in achieving the best course of care in a precise and individualized manner.

To learn more about Upper Cervical Chiropractic care check out this paper that outlines the different techniques utilized in this growing field (three of the authors were instructors in the DCCJP program): to read click here.