I was feeling GREAT! Why are my symptoms returning—WITH A VENGEANCE?

by HealthWorks: A Family Wellness Center Plano Chiropractor | May 5, 2022

This phenomenon is something that is sometimes seen during the natural healing process.  In this article, we will go into why and how to recognize this occurrence.

Retracing: Cycles Of Repair and Healing 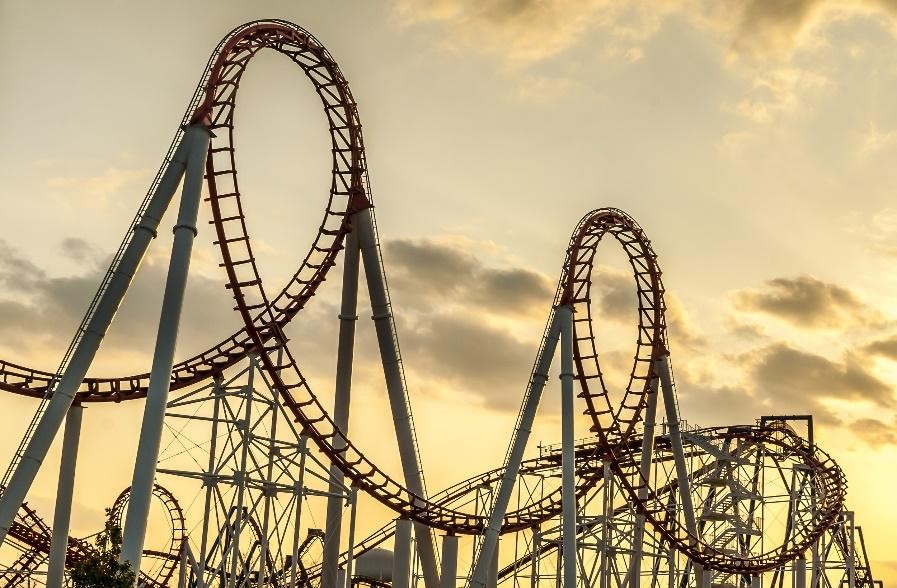 As you may have learned during your initial exam and report, it took time for the condition to change from health to a maximum degree of dis-ease, so it’s only logical to assume that it takes time to retrace back to health. I know, I know, but you want to feel better YESTERDAY!  I get it, living in a “microwave society” where anything less than 30 seconds or less is deemed a failure or too hard to do, I get it. Really, I do. I want quick and miraculous results for you too, however, we are dealing with the human body. No two people heal exactly the same and HealthWorks is committed to creating and supporting you during these roller-coaster days of the healing process.

Retracing means going over ground that has already been covered until the individual reaches the point from which he/she started. When a patient is under upper cervical care, sometimes symptoms that have not manifested for months or even years will reoccur. Patients’ first impression is that they are getting worse when they are really experiencing a retracing of the several stages through which the disease progressed in the making.

The question of TIME is essential in retracing. If a disease has been in process for years, patients should not always expect to regain the normal state within days. It took time for the condition to change from health to dis-ease, and it will take time to retrace from the dis-ease back to health.

Chiropractic patients occasionally experience the phenomenon of retracing. Retracing is the re-experiencing or re-awakening of pain or other symptoms, including memories or even emotions that seem suddenly to erupt to the surface. It appears to be a part of the healing process.

Some examples may make this more understandable:

1) A person is pleased with their chiropractic care but suddenly finds the original symptoms returning. This can even occur within the first few weeks of care or even during maintenance care.  These symptoms clear up within a short time.

2) A person receives an adjustment and before they leave the office, suddenly they experience such intense feelings of lightness and happiness that they begin to laugh. Or, the reverse occurs and the person begins to cry. Believe it or not, this happens A LOT!

3) Someone receives an adjustment and shortly thereafter re-experiences the accident in which they were injured, being suddenly filled with fear and confusion. This can also come in the form of having the same pain and symptoms from the accident— (testimony below).

4) A patient begins to recover his/her health after a few adjustments even feeling fantastic, but one day feels pain again. This may be in any part of the body that had a previous injury. The area never healed completely and is now completing the healing process.

5) A person receives an adjustment and becomes consumed with memories of childhood and filled with anxiety.

Why Does Retracing Occur?

Have you ever heard of “muscle memory”? Well, it appears that ALL body tissues themselves have a “memory” that records the traumas, accidents, and injuries it has experienced. Since feelings of panic, shock, anger, and/or hysteria often accompany injuries; the retracing patient may feel these emotions “leaving” as the physical injury begins to heal.

Retracing is not always dramatic. Sometimes it may manifest itself as simply the urge to take deep breaths or when you finally feel the “weight” being lifted off your shoulders while undergoing care. There may be a release of psychophysical energy going on at this moment, though it may not be accompanied by any conscious memories. Yet retracing may be occurring in such instances.

Don’t think of retracing as being imaginary or “all in your head”. (I would argue it’s at the atlas/C1, but that’s just me… 😊) Retracing experiences are very real and can be both physically and emotionally quite intense. In such instances, it’s often difficult to see the experience as part of the healing process as we have been trained to believe that the absence of symptoms means we are healthy or healed. Patients going through a particularly intense retracing pattern may feel as if they’ve had a serious relapse or are perhaps even getting worse. Quite often this is when many decided that chiropractic is not working for them and stop care at the worst time—when their body is trying to heal deep-seated trauma and is almost there!  They would be cheating themselves on a healing experience!

Although retracing experiences usually last a short time and often pass relatively quickly, patients have been known to terminate their care as a result of them. During this period it is especially important that the patient tells the doctor what is going on.

Retracing is also a common experience during a massage. Prior to becoming a chiropractor, I had a massage therapy practice for 8 years. Very often, at least 2-3 times per week, a client would start to weep or even have a good cry on my table. I always asked them what was going on and most could only tell me that they had just a strong need to just let go and cry. To be able to hold that space for another human being as their body releases past trauma is truly a privilege and one that needs to be taken very seriously.

This same phenomenon is very common with chiropractic as well. Whether it’s an old injury or past physical or emotional trauma, any of these issues can show up during a retracing or healing crisis. It’s best to always tell your chiropractor what you are feeling. If you’ve had any past trauma associated with the pain or symptoms take a deep breath—it may be that your body is working through something that is very important for you to not only acknowledge, but to honor the process. Checking in on your progress is extremely important. This is why during the initial phase of care we see you more often and why consistency with your adjustments is so vitally important.

But Doc, I Was Feeling GREAT!  What Happened?

Many times, retracing or a healing crisis starts after several weeks or even months of feeling great. You see, healing reactions require energy. Your energy level often increases until sufficient to initiate a response. Therefore, a response can occur and often does just when one is feeling stronger.

If you had been feeling worse or there has never been any change in any of your symptoms, the reaction is less likely due to healing. This is precisely another reason why it’s important that your appointments are kept during the corrective phase of care and periodic progress exams. Your chiropractors need to determine whether you’re experiencing retracing or another issue that may need further testing or even more imaging to get to the bottom of your symptoms.

Below are three patients that wanted to share their stories on retracing.  It can be a scary and frustrating time and it doesn’t happen to everyone.  But if it does, it’s important to trust in the process and know that the greatest doctor is within your own body.  The human body is infinitesimally intelligent and we need to just provide it with rest, nutrition, and nervous system health to bring it back to homeostasis or balance. 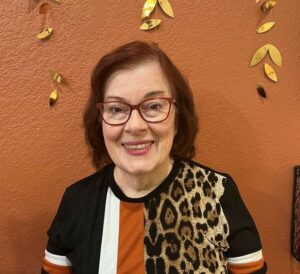 “After 42 years, 9 upper cervical doctors, and experiencing limited improvement, I came to HealthWorks.  Soon after, the atlas felt solid and healing was taking place, deep healing.

Because the atlas was rarely out, they were able to work on many issues never addressed before. I had come from being unable to function with a plethora of severely debilitating symptoms, to feeling ecstatic that I was pain-free. My energy was up, sleep was deep, brain fog was gone, and life was wonderful until it wasn’t.  The atlas required several adjustments in a short period of time.  How could I take steps backward?  Even though it meant several atlas adjustments in a few short weeks, things settled down and I began holding my adjustment and healing again. Living through these setbacks isn’t easy but knowing this experience is normal for some people and the setbacks are temporary helps me to get through them.” 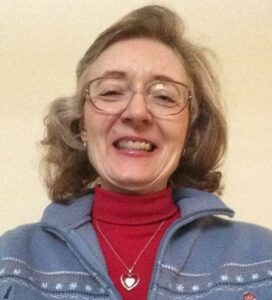 “I have been under Grostic/Orthospinology (upper cervical) chiropractic care going on 25 years. I became a believer when my 2-year-old daughter was completely cured of asthma by adjusting the curvature of her neck.

I had been in several car accidents as a teenager and had been in pain for years. Chiropractic care changed my life.

A few years ago, I experienced a discouraging time. My atlas was not holding. For several months I had to have my atlas adjusted at least once a month. I was x-rayed but my alignment had not really changed. I was having aches and pain again in my neck and hips. I felt soreness in my body, couldn’t sleep well. It seemed crazy to me, but it was as though I was reliving the trauma I had experienced years ago after the car accidents.

I considered just stopping my adjustments, but Dr. Christy and Dr. Taylor encouraged me to hang on and continue with treatment. They explained this was a healing crisis and I would get through it and be better afterward. They were right! After the healing crisis was over I felt like a different person. My atlas started holding again, and I felt stronger and better than before.”

“I started treatment at Healthworks at the end of December 2021. After my atlas adjustment, I went home and slept for 3 hours, completely exhausted. My body is very sensitive to treatments of any kind as well as supplements so I was not too surprised. What did surprise me was that at the end of that time I started to cry for no reason that I could think of.  So, since I understand that the body stores old trauma, hurts, and injuries I knew that something was being released and that was good even though I had no idea what it was.

My progress was slow but after about 6 weeks I noticed that my sleep, digestion, and energy were improving.

At the end of February my atlas needed adjusting again and I had a pretty rough time for several weeks after that – not sleeping, joints hurting, and no energy.  But during that time, I was having a lot of stress in my personal life and I am sure that was largely responsible for my slow recovery but I have recovered and am again making progress. Yea! Everyone is different. My grandson, husband, and two friends are also being treated and they are not having the setbacks that I have had. But I know that it is a series of ups and downs for me and I trust Dr. Taylor and Dr. Christy to help me through them to better health.”

If we find we’re not the best to help, we promise to refer you to someone who is.  We leave no stone unturned!